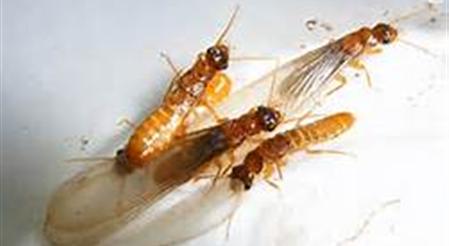 ~~Termites are a group of eusocial insects that, until recently, were classified at the taxonomic rank of order Isoptera (see taxonomy below), but are now accepted as the infraorder Isoptera, of the cockroach order Blattodea. While termites are commonly known, especially in Australia, as "white ants", they are for practical purposes unrelated to the ants (although they are prey to some ants, including the acrobat ant). Like ants, and some bees and wasps—which are all placed in the separate order Hymenoptera—termites divide labor among castes, produce overlapping generations and take care of young collectively. Termites mostly feed on dead plant material, generally in the form of wood, leaf litter, soil, or animal dung, and about 10% of the estimated 4,000 species (about 3,106 taxonomically known) are economically significant as pests that can cause serious structural damage to buildings, crops or plantation forests. Termites are major detritivores, particularly in the subtropical and tropical regions, and their recycling of wood and other plant matter is of considerable ecological importance. As eusocial insects, termites live in colonies that, at maturity, number from several hundred to several million individuals. Colonies use decentralised, self-organised systems of activity guided by swarm intelligence which exploit food sources and environments unavailable to any single insect acting alone. A typical colony contains nymphs (semimature young), workers, soldiers, and reproductive individuals of both sexes, sometimes containing several egg-laying queens. ~Nests are arboreal termite nest in Mexico Termite workers build and maintain nests which house the colony. These are elaborate structures made using a combination of soil, mud, chewed wood/cellulose, saliva, and faeces. A nest has many functions such as providing a protected living space and water conservation (through controlled condensation). There are nursery chambers deep within the nest where eggs and first instar larvae are tended. Some species maintain fungal gardens that are fed on collected plant matter, providing a nutritious mycelium on which the colony then feeds (see Diet, above). Nests are punctuated by a maze of tunnel-like galleries that provide air conditioning and control the CO2/O2 balance, as well as allow the termites to move through the nest. Nests are commonly built underground, in large pieces of timber, inside fallen trees, or atop living trees. Some species build nests above ground, and they can develop into mounds. Homeowners need to be careful of tree stumps that have not been dug up. These are prime candidates for termite nests and being close to homes, termites usually end up destroying the siding and sometimes even wooden beams. Some species build complex nests called polycalic nests. This habitat of forming polycalic nests is called polycalism. Polycalic species of termites form multiple nests, or calies, connected by subterranean chambers. All four subfamilies of the Termitidae are known to have polycalic species. This habit can make control difficult because when one nest is eliminated, re-infestation can easily occur via the underground connections to other nests. Polycalic nests appear to be less frequent in mound building species, although polycalic arboreal nests have been observed in a few species of the Microcerotermes and several species of Nasutitermes.  Mounds[edit] Wikimedia Commons has media related to Termite mounds. Mounds (also known as "termitaria"  occur when an aboveground nest grows beyond its initially concealing surface. They are commonly called “ant hills” in Africa and Australia, despite the technical incorrectness of that name. In tropical savannas, the mounds may be very large, with an extreme of 9 m (29.5 ft) high in the case of large conical mounds constructed by some Macrotermes species in well-wooded areas in Africa.  Two to three metres, however, would be typical for the largest mounds in most savannas. The shape ranges from somewhat amorphous domes or cones usually covered in grass and/or woody shrubs, to sculptured hard-earth mounds, or a mixture of the two. Despite the irregular mound shapes, the different species in an area can usually be identified by simply looking at the mounds. The sculptured mounds sometimes have elaborate and distinctive forms, such as those of the compass termite (Amitermes meridionalis and A. laurensis) which build tall, wedge-shaped mounds with the long axis oriented approximately north–south, which gives them their common name. This orientation has been experimentally shown to assist thermoregulation. The thin end of the nest faces towards the sun at its peak intensity, hence taking up the least possible heat, and allows these termites to stay above ground where other species are forced to move into deeper below ground areas. This also allows the compass termites to live in poorly drained areas where other species would be caught between a choice of baking or drowning. The column of hot air rising in the aboveground mounds helps drive air circulation currents inside the subterranean network. The structure of these mounds can be quite complex. The temperature control is essential for those species that cultivate fungal gardens and even for those that do not; much effort and energy is spent maintaining the brood within a narrow temperature range, often only plus or minus 1° Celsius over a day. In some parts of the African savanna, a high density of aboveground mounds dominates the landscape. For instance, in some parts of the Busanga Plain area of Zambia, small mounds of about 1 m diameter with a density of about 100 per hectare can be seen on grassland between larger tree- and bush-covered mounds about 25 m in diameter with a density around 1 per hectare, and both show up well on high-resolution satellite images taken in the wet season. 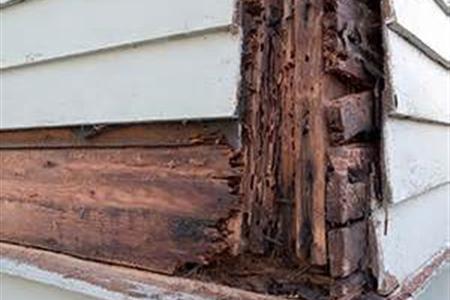 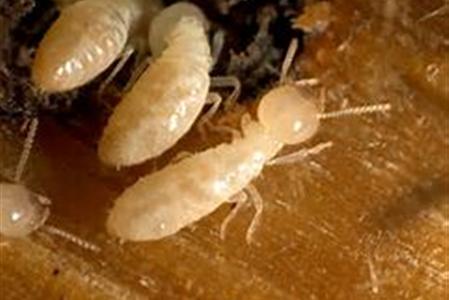